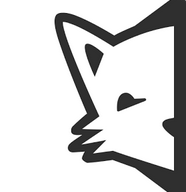 As 1Ls (first-year law students), both Jason and I learned about defamation law. We might as well have learned nothing, as the explosion of technology is about to result in an even larger boom in this area of the law.

Defamation was a pretty straight-up area of law, not immensely difficult to understand. There are two types of defamation: slander and libel.

Slander is becoming the stuff of dusty novels and arguments on the floors of legislatures. It’s when a defamatory statement is made verbally that harms one’s reputation (more in a moment on what constitutes “one” here). Libel is infinitely more complex and interesting, as it is when a defamatory statement is made in other forms, including images and almost all types of media, including the ubiquitous social. As in Twitter and Facebook. And, yes, Secret and its progeny.

The “one” referenced above can be a person, but it can also be a government, a business, an institution, even a religion. It can be a group of people, it can be one person’s online brand. It can be an awful lot of things and the list of what isn’t a person or thing that can be slandered is rapidly decreasing. Online defamation law is going to one of the hottest and most interesting areas of law moving forward, in part because it’s a natural evolution of how people have acted since technology became so widespread.

Let us explain. Not to dumb it down at all, but people used to gamble in traditional ways. They’d go to Vegas and spin the roulette wheel. Then they played lotteries, which really only became massive in the past decade and a half. Then once technology took over our daily lives, we domain-squatted, gambling that the 11-year-old kid who won the NFL Punt, Pass, and Kick competition would one day be the starting quarterback for the Jets (who isn’t?), so it made sense to buy the domain of his name. Then patent trolling became insanely hot and, mark our words, online defamation suits are next.

Earlier this year in Australia, a schoolteacher successfully sued her former student for Twitter defamation. The title of the piece, “The Tweet That Cost $105,000,” will soon be seen as a bargain as this Twitter battle – the first to proceed to trial – is just one of a series of current and what we predict to be near future judgments.

As the judge in the Australian case noted, “When defamatory publications are made on social media it is common knowledge that they spread.” Given that this spreading is something impossible, in a practical sense, to control once it begins, courts will demand a very high standard of defendants and many like the student in issue here who claim “the truth” will fail as the standard of truth required to balance such reputational harm will be massive. It’s also worth noting that Australia is a common law legal system, as is the vast majority of North America, including all of Canada save Quebec, so this is very relevant to our readership here.

It is critically important to recognize that among the very few successful defenses to a defamation suit is the truth (other defenses are fair comment, responsible communication and legal privilege). In 2014, the legal standard of truth is a seriously fungible thing.

It’s one thing for someone to be accused of slander in a legislative session and then rely on transcripts and eyewitnesses to confirm that what was indeed said was “He is such a serious Rick.” It’s entirely another thing to prove that defamatory online statements can be supported by the depth and breadth of truth that courts need to see. And even if one does succeed in such a defense, it’s going to be an expensive mess.

What does this mean in practice for those of us who choose to live actively in the digital world?

It means that any statement you make on social media that a person, a brand, a company, a government, a religion, a product or service (and on and on and on) can and might be held against you in a court of law and the cost of said defamatory statements will continue to rise for the next months and years (until, like everything else related to technology, it peaks and settles).

Does this mean, in practice, that you can’t opine that an airlines is awful? No – that’s fine. It does mean that you should exercise extreme caution, in this example, of mentioning any person who works for the airlines or getting too granular in statements about their products or services.

Remember back in 2011 when one of the big airline memes was tweeting pictures of airline meals along with (usually unflattering) comments? The level of care you’d need to exercise in doing so today is much higher than before. You’d better be sure that the picture you’re tweeting is a fair representation of the actual meal. While tweeting a picture of literal pig slop and describing it as your Air Americas breakfast was probably legally fine then, it’s an intensely more grey area now.

This is also going to have very powerful implications for the future of journalism. Immensely talented Toronto-based Mathew Ingram, Senior Writer at GigaOm, recently raised the issue of the Globe and Mail’s plan to force reporters to write ads. This is absolutely a must-read on a variety of levels.

It occurs to us that – the entire journalistic morass aside – as we eradicate the line between journalism and brand-shilling, we open a black hole of liability. What will happen when what is written about brands is deemed less glowing than desired? Will we enter an era where it can be argued and fought that libel is a story or tweet that was actually positive but less absolutely so than “Zippy is simply the best soft drink in the world and the people who manufacture it are literally and metaphorically saints.”

Facts are not the same thing as truth.  Facts are not debatable, whereas truth actually is. Truth is contextual while facts are not. More important, your truth is not necessarily mine even on the same set of facts.

Given all of this and more, “Discretion is the better part of valour,” should be one’s social media mantra moving forward. Online defamation law is no longer the bastion of the esoteric and online pioneers, it’s a growth area that will attract the usual sharks, profiteers, and those looking to authentically reclaim what they perceive to be a harm to their personal and professional brands.

This article was originally posted in Techvibes.

Related Articles
director’s cut: Microsoft Trusted Advisor Forum | Rock Star Edition
(video) Digital Assets and Estate Planning | Legal Geek Brooklyn
As we embrace the future of legaltech, let us not forget the lessons from the past